Wexford Racecourse is situated in south-east Ireland and hosts both National Hunt and Flat racing between the months of March and November. The biggest change in the racecourse’s history took place in 2015 when the track went from a right-handed circuit to left-handed. This has resulted in the winning post moving away from the main grandstands.

Wexford Racecourse is located less than 2km to the west of the town of the same name and the same distance of the main railway station from where trains run regularly to Dublin. From the station, taxis can be found with the journey to the course costing €5 – €7. A regular bus service also connects the town centre with the racecourse while those feeling a little more energetic can walk the route in around 20 minutes.

There is only one track at Wexford and this is a right-handed undulating track, rectangular in shape with a length of under nine furlongs. There is an uphill gradient on the home straight with a length of two furlongs although in general this is a sharp track with pretty tight bends, thus favouring the handier speedy type of runner. The hurdles course is on the inside of the chase circuit, the latter having six fences in one circuit with just one on the finishing straight. 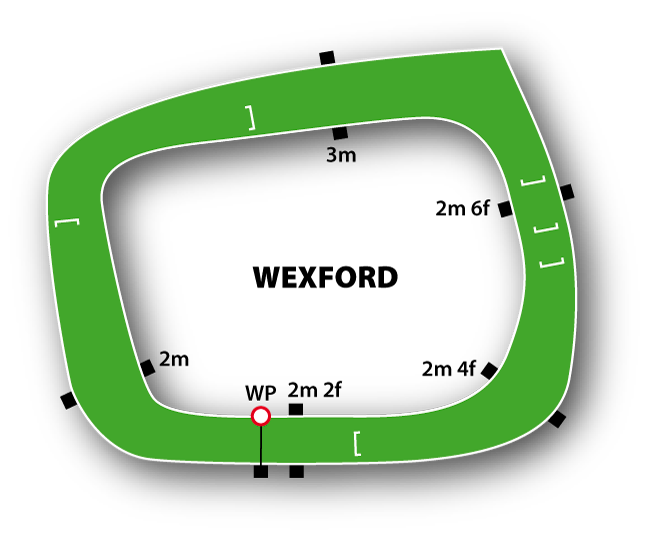 The ground at Wexford can change considerably in just a single day’s racing. The undulations make it extremely difficult to water and as such it isn’t an easy task making it uniform throughout. The fences are regarded as some of the fairest in Ireland. 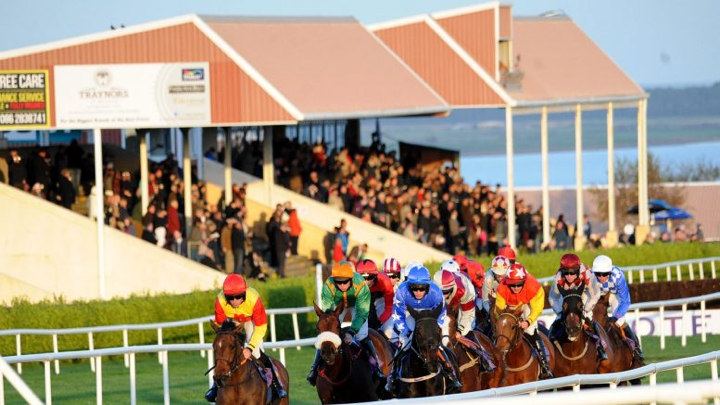