Tramore Racecourse is situated just outside the seaside town of the same name and horse racing has taken place here since 1912, eleven year-round meetings catering for both National Hunt and Flat aficionados. The highlight of the Tramore calendar is the annual four-day festival which takes place in August and this is a hugely popular meeting for Irish racegoers as well as a sizeable number from overseas. The New Year’s Day meeting is another notable fixture on the annual calendar, the standout race in this event being the Listed Holden Plant Rentals Chase.

This venue is situated on the edge of the town of Tramore which itself lies on the south coast of Ireland around 5 miles south of Waterford. There is no rail connection to the town of Tramore or the racecourse although Plunkett station in Waterford is a little over five miles away. Regular buses connect Waterford and Tramore and these pass close to the racecourse grandstands while taxis can be found in Waterford with a single fare to the course costing around €15.

The Flat track here is an undulating right-handed round course with a length of around seven and a half furlongs. The turns are generally fairly sharp and this is a venue at which many runners fail to act. The straight is on an incline and is just over a furlong in length. This track is certainly specialist and is unusual and tight in character.

This is a right-handed, round and undulating track with a length of only seven furlongs or so, the turns being very sharp and the layout favouring the handy type despite much of it being on the climb. A circuit involves five fences with a lengthy downhill gradient to the penultimate fence which is located prior to the uphill home straight, the run-in being approximately 160 yards in length. 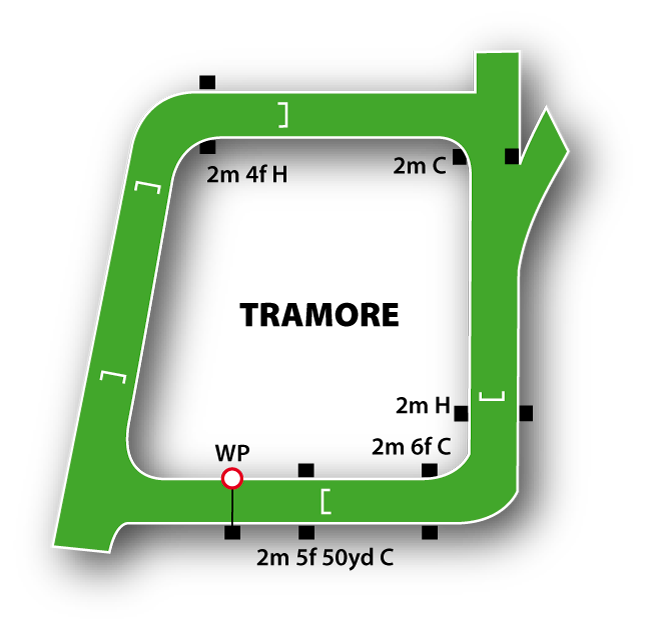 There can be no doubt that this is a very specialist track and as such runners’ form at this course plays a big part. A horse will need to be extremely well balanced in order to handle this track and with that in mind, many runners return time and time again and continue to do well. Runners can come off the pace in softer conditions, however pace is everything when it is quick and it can be hard too make up much ground. Flat horses not used to flag starts can be in for problems as they don’t use starting stalls here.

This must surely be the trickiest track in Ireland and as with the Flat it produces many course specialists with regard to both horses and jockeys. The fences aren’t the most demanding, however they certainly don’t need to be on a course like this one.

On the jockey front, Davy Russell dominates on the Chase front over this period with 6 wins from 20 while Paul Townend is pick of the riders in Hurdle with 12 from 29. P W Mullins has 6 from 8 in National Hunt Flat – a strike rate of 75% – while S Foley has 3 from 9 rides in Flat.