Tipperary Racecourse is one of three in the county and is located close to the small village of Limerick Junction, racing having taken place at this venue since 1916. The racecourse itself was called Limerick Junction until 1986 when it assumed its present title. This is a summer track which hosts meetings under the auspices of both National Hunt and Flat between the months of April and October, the highlight of the racing calendar being the mixed card ‘Super Sunday’ meeting which occurs in October, this consisting of a Grade 3 Novice Chase, Grade 3 Novice Hurdle, Group 3 Concord Stakes and Grade 2 Tipperary Hurdle.. This track is very close to the well-known Ballydoyle training operation and this organisation has sent out many champions to win their maidens at this venue, examples being Dylan Thomas, High Chaparral and Hawk Wing.

Tipperary Racecourse is located a few kilometres north-west of Tipperary town, however racegoers would be advised to travel to race meetings at this venue by train, the course served by Limerick Junction railway station which is located right next to the course with trains connecting with Dublin every hour throughout the day, the journey taking approximately one and half hours. The drive from Dublin takes just over two hours although the car parks at the racecourse can become crowded at the more popular meetings.

This is a left-handed oval track with a length of one mile two furlongs. Generally flat with a straight track of five furlongs meeting the main track at the start of the two and a half furlong straight.

This is an oval left-handed track with a length of around nine furlongs, generally galloping in character with a chase course laid out inside the hurdles track, this having six fences on one circuit with two in the home straight which is two and a half furlongs in length. There is a run in of approximately one furlong. 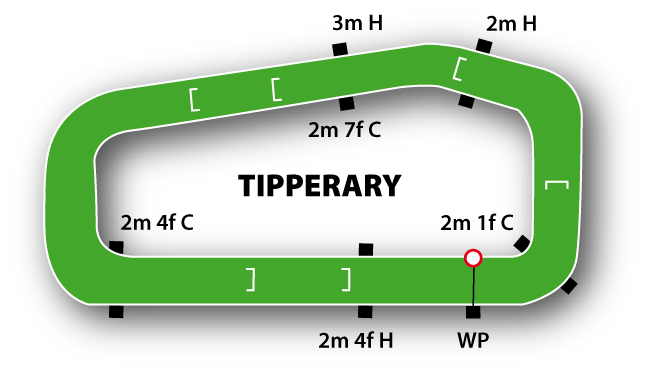 This is a very fast track and it is mainly flat. It is possible to make up plenty of ground when off the pace on the round track, however this becomes more difficult when the ground is softer. The bend appears quickly on the extended seven furlongs and as such a low draw is a benefit. The sprint track is one of the fastest in Ireland, the draw having little bias when on quick ground but high draws being beneficial when it gets soft, all rider coming to the stand side in search of less testing ground.

This is a fast track, pretty sharp with fences that ride well. Things tend to happen quickly here and the ones up front don’t easily come back up the flat straight. It can be very testing when the rain comes at this venue and it can be very hard work for a lot of runners.

Over the past three years, Henry de Bromhead is pick of the trainers at Tipperary with a strike rate of 38.1%, 8 wins coming from 21 rides here. Top jockey in terms of outright wins is Rachael Blackmore whose 9 wins from 20 gives her a strike rate of 45%, second only to D J O’Keeffe who has 3 wins from 6 at this venue. 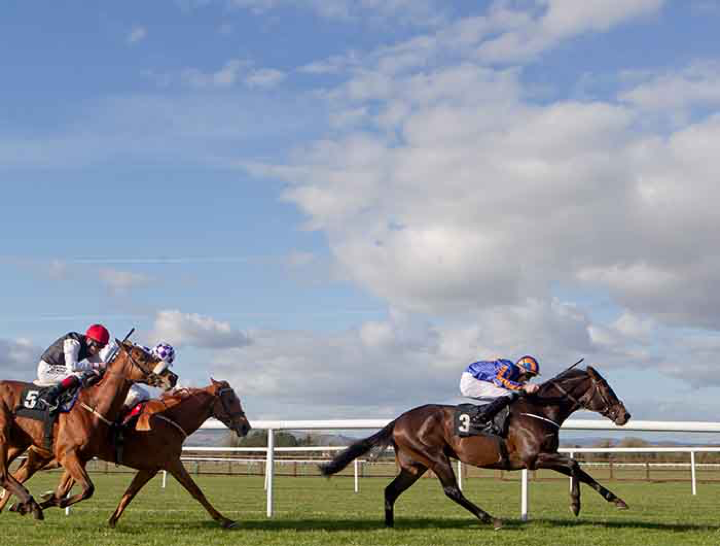