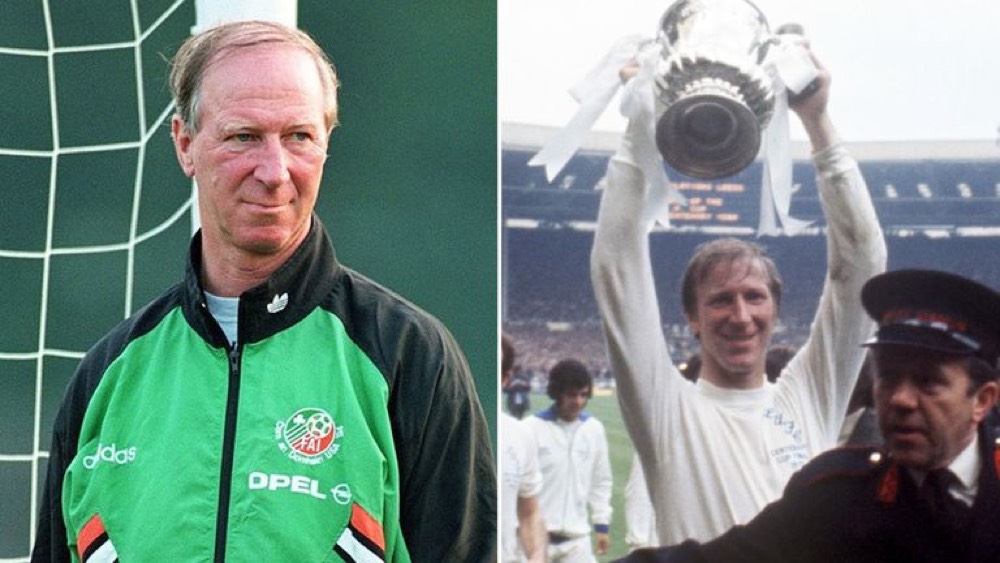 Jack Charlton, best remembered on these shores as a great Republic of Ireland manager and as one of the England World Cup winning team of 1966, died at the weekend aged 85. Charlton was 29 years old when he made his debit for the Three Lions in 1965 and a little over one year later he had won himself a World Cup winners medal thanks to a 4-2 victory over West Germany.

He went on to win 35 caps for his country and got Footballer of the Year award in 1967, however he is best known on these shores for being manager of the Republic of Ireland, a position he was given in February 1986. Charlton’s eccentric but undoubtedly shrewd approach led the national side on a glorious thrill ride and a period of relative success which is still recalled fondly by fans and pundits alike.

He went on to build a formidable outfit with some players born outside the country, these including forwards John Aldridge and Tony Cascarino as well as defender Mick McCarthy, all eligible to play for the country under the FIFA rules set out at the time. A sign of things to come came at the 1988 European Championship when Ireland brushed aside England in the group stages to the tune of 1-0 despite being without Mark Lawrenson thanks to an injury and subsequent retirement.

Ireland didn’t actually make it past the group stages of the competition but Charlton did steer his side into the World Cup quarter-finals just two years later in Italy. They qualified from a tough group that included Holland and England, while they only left the competition courtesy of a 1-0 defeat to tournament hosts Italy.

Upon their return to Ireland, a crowd estimated at 500,000 welcomed Charlton and his team back from Italia 90 and following another successful World Cup in 1994 where he took his men into the last sixteen, he was awarded the freedom of Dublin and subsequently honorary Irish citizenship.

Charlton also built a career as a TV pundit where he was well known for his charismatic style and there can be no doubt that he has guaranteed his place in football’s hall of fame!