Sligo Racecourse is one of the most scenic tracks in the Republic of Ireland and it is also one of the most recent, having started life as recently as 1955. The mountains form a breathtaking backdrop to the course and the facilities stand up to the closest scrutiny, this venue having received plenty of investment in recent years. Indeed this course is generally considered to be one of the best in the country for racegoers and it played host to the Prince of Wales and his wife the Duchess of Cornwall in May 2015. The annual calendar contains eight meetings covering both National Hunt and Flat between May and October.

This track is located at Cleveragh, approximately 1 km from the town centre and it can easily be reached on foot from Sligo railway station. For those who prefer not to travel to the racecourse under their own steam, local buses regularly connect with the town centre while a taxi will set you back less than €5.

The track at Sligo Racecourse is a right-handed circuit with a length of slightly over a mile. While the run towards the straight of a little under two furlongs is an uphill gradient, this is generally a course that suits speedier types. 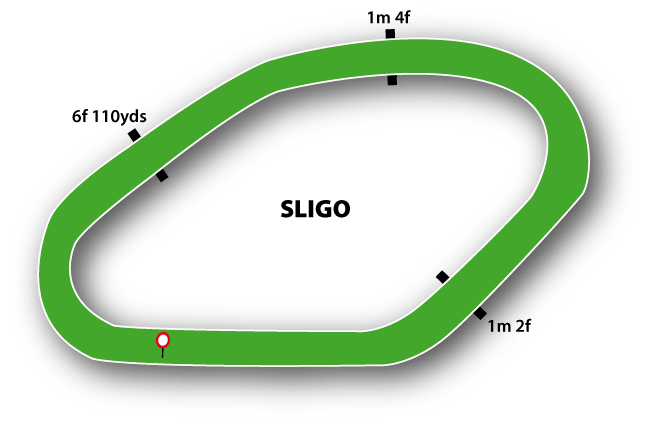 This is a right-handed undulating circuit of just over one mile. A circuit has five fences on the chase course, this being situated outside the hurdles track. One fence comes just before the straight and one is at the start of an uphill run-in. A decent position going into the straight is crucial. 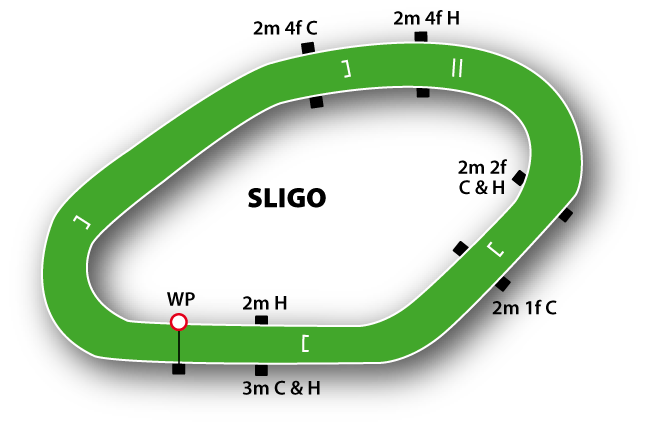 This track is seen as being one of the trickier ones with runners on the turn for most of the circuit and a stiff uphill finish to the line. One would think that there would be a natural bias towards those who race prominently, however some can go too fast with many often battling for a decent early position and they end up paying dearly for doing too much when they reach the final uphill gradient. The ground at this venue can tend to be on the heavy side with the track being in a natural bowl and this is a racecourse that produces course specialists with previous form at this venue being a massive positive.

This can be a tricky track for runners, the ground tending to be somewhat unpredictable. It can be unusually heavy and runners can have a hard task getting through it. It does tend to be hard to make up much ground from off the pace in testing ground. This track can produce course specialists, usually a horse that has pace and likes to race prominently. The finish can be quite testing.

In terms of total wins over the past three years, Gordon Eliott holds pole position with 4 wins from 10 runners, however his strike rate of 40% pales when compared with J P Dempsey who has bagged two wins from his meagre entry total of three. With regard to riders, top jockey during this period has been Davy Russell with three wins from his nine outings at this venue.