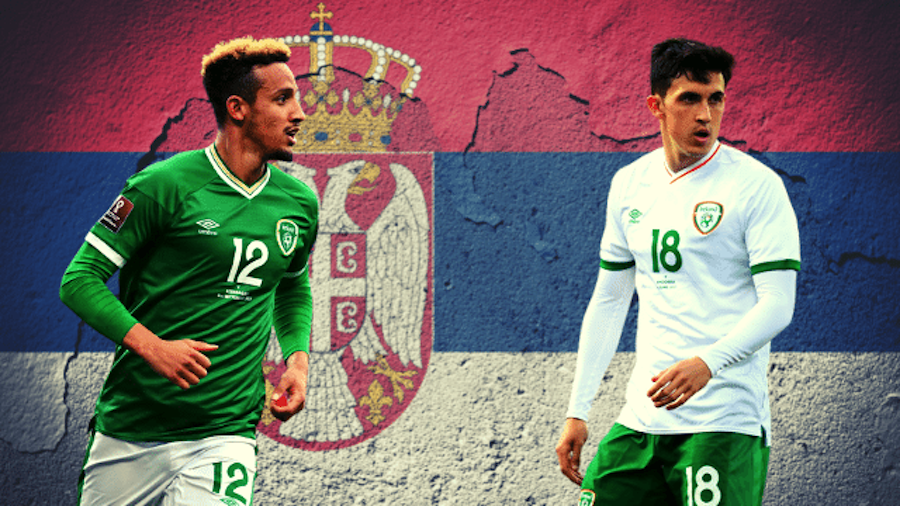 The Republic of Ireland continue their qualifying campaign for the 2022 World Cup when they entertain Serbia on Tuesday evening and as such, now is a great time to register with any of our featured bookmaker partners and take advantage of some excellent Ireland free bets ahead of this eagerly-awaited clash. 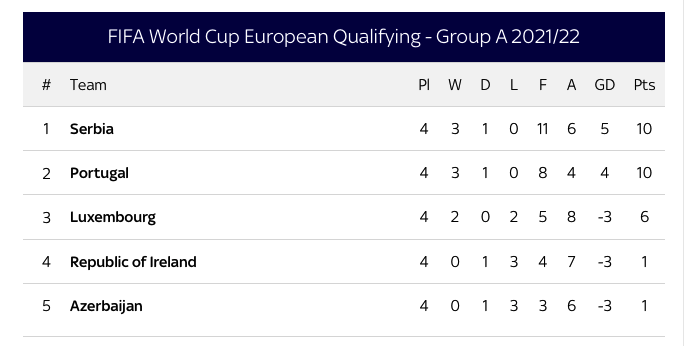 The Republic of Ireland will be going in search of their first win in World Cup Qualifying Group A when they welcome leaders Serbia to Dublin on Tuesday evening, however we don’t fancy the chances of Stephen Kenny’s men in what could be a comprehensive defeat for the home side.

The Boys in Green haven’t enjoyed a good World Cup qualifying campaign to be fair. Indeed one could genuinely say that it has been an unmitigated disaster with the lowlight being the 1-0 defeat at home to Luxembourg earlier this year. The luck of the Irish helped Kenny’s boys to a share of the spoils against Azerbaijan last time out, Shane Duffy striking three minutes from time and rescuing his side from another embarrassing defeat against a side ranked 112th in the world, however in all honesty it really doesn’t look as though a trip to Qatar will be on the cards next year.

The only real sign of encouragement came in the 2-1 defeat to Portugal with Ireland putting in a fighting performance and looking on course for all three points until Cristiano Ronaldo scored twice in the closing couple of minutes. A total of one point for the Irish has left them in fourth position in Group A and the size of the task facing them is indicated by the fact that they sit nine points adrift of joint-leaders Portugal and Serbia.

Ireland have never before beaten Serbia with three draws and three defeats in the last six meetings, however the Boys in Green gave a decent account of themselves in the reverse Group A fixture in March, losing narrowly to the tune of 3-2. The Serbians will be in high spirits having thumped Luxembourg 4-1 at the weekend, Fulham striker Aleksandar Mitrovic finding the back of the net twice to help keep his side at the top of the Group A table with ten points.

Ireland will be missing Seamus Coleman through injury and as such there may well be a start for Andrew Omobamidele in the back three. In the middle of the park, Conor Hourihane will be pushing for a place while Aaron Connolly was replaced by Daryl Horgan at the interval against Azerbaijan and this change might be reflected in the starting line-up on Tuesday evening. The line for the home side will likely be led by Adam Idah while John Egan, Duffy and Omobamidele will be expected to operate as the back three for the hosts despite the call-up of Cyrus Christie.

Ireland’s last appearance in a World Cup was in 2002 and in all honesty it’s extremely difficult to envisage them making it to Qatar next year. Serbia have stormed to the top of the group having scored eleven times in four qualifying games and we envisage the visitors collecting another three points with relative ease on Tuesday evening.

Back Serbia to Win at best odds of 6/5

Ireland’s upcoming fixtures include a meeting with Azerbaijan on 9th October, a home match against Portugal on 11th November and a trip to Luxembourg on 14th November. 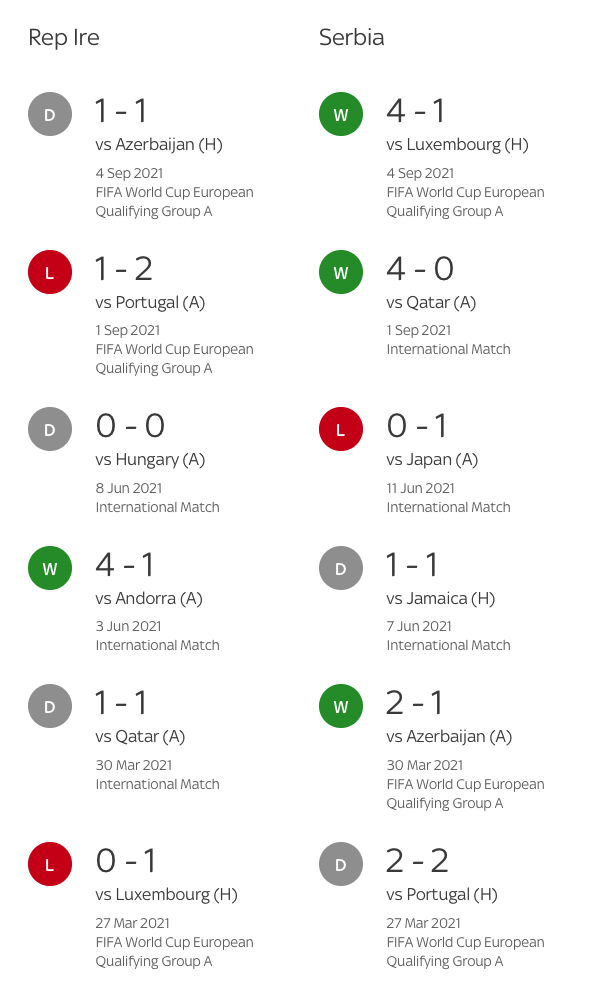