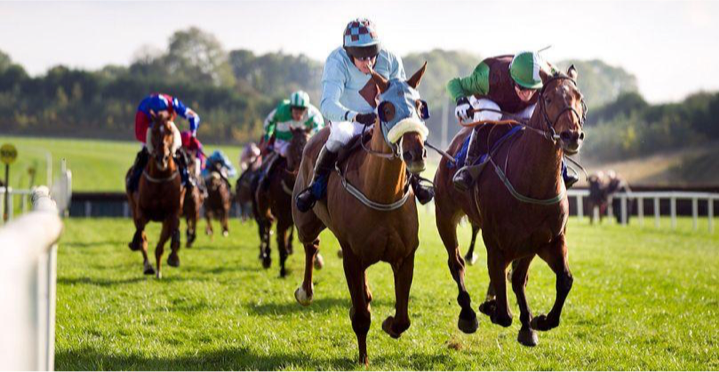 Also known as Greenmount Park, this venue became the first purpose-built course in the country in over 50 years when it opened in 2001. It is located 8km south of Limerick City and took over from the previous racecourse at Greenpark which was closer to the city centre but which was liable to flooding and which closed two years previously.

Each year, Limerick hosts 18 fixtures under National Hunt and Flat rules, the standout event being the four-day Christmas meeting. The Grade 2 Greenmount Park Novice Chase is the feature race of the meeting and has been won by the likes of Sir Des Champs and Hi Cloy.

Situated 8km south of Limerick City, the track is conveniently placed next to the M20 motorway with a junction serving the course. Rail connections to the city centre are plentiful with direct services to Dublin and bus services connect Limerick with the racecourse on race days. A taxi from the city centre will set you back around €15 – €20.

This is a right-handed course with a length of a mile and three furlongs. The later stage of the back straight contains a steep uphill climb and the approach to the three-furlong straight is a downhill run, finishing in a slight incline. 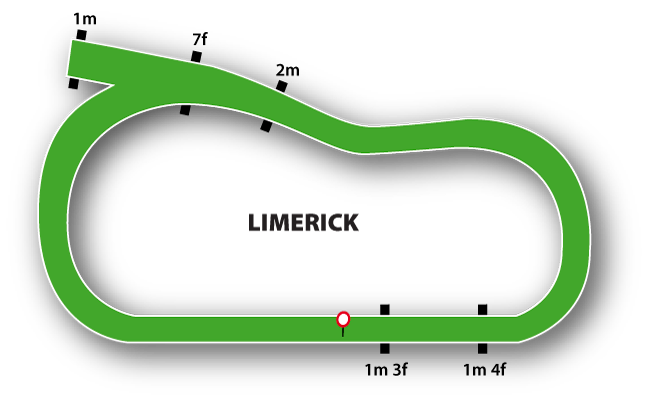 This is a right-handed oval, galloping in character with a length of just over one mile and three furlongs. A quite sharp turn follows on from the winning post, this in turn followed by a stiff climb on the back straight and a downhill run leading to the home straight of three furlongs. The last two furlongs contain a slight rise. A circuit on the chase course contains seven fences with five of these occurring on the back straight in quick succession. Located on the outside of the hurdles course, this track has a run in of a furlong. 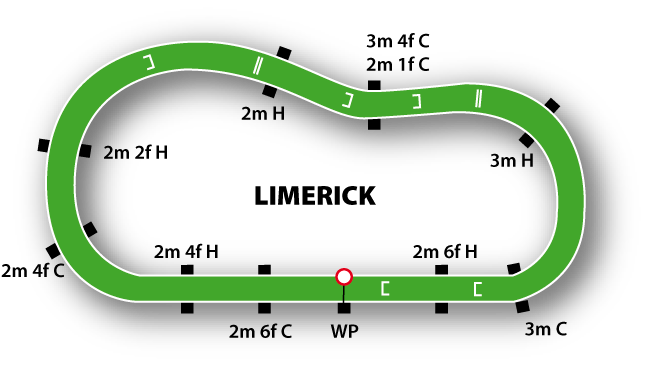 This course changes character substantially depending on the ground, a low draw with plenty of pace essential on quick ground given that it can be difficult to make up ground when off the pace. The leading runners tend to come back more often on softer ground. This is an excellent track for frontrunners when left alone going up the hill.

This is generally reckoned to be a hard track, the back straight rather testing with its uphill gradient and horses needing a bit of a breather here should they wish to get home well. Many riders kick for home far too early when on the downhill swing and they end up paying dearly in the final uphill furlong. The fences are generally fair although the second-last can cause a few problems.

Willie Mullins heads the trainers in chase with 13 wins from 29 runners over the past three years while he is also the pick of the hurdles with 17 from 73 runners. Joseph P O’Brien has 10 from 49 in Flat. Davy Russell leads the jockeys in chase with 8 wins from 25 while he has 13 from 46 on hurdle. King of the Flat is D O’Brien with 9 from 30, a strike rate of 30%. 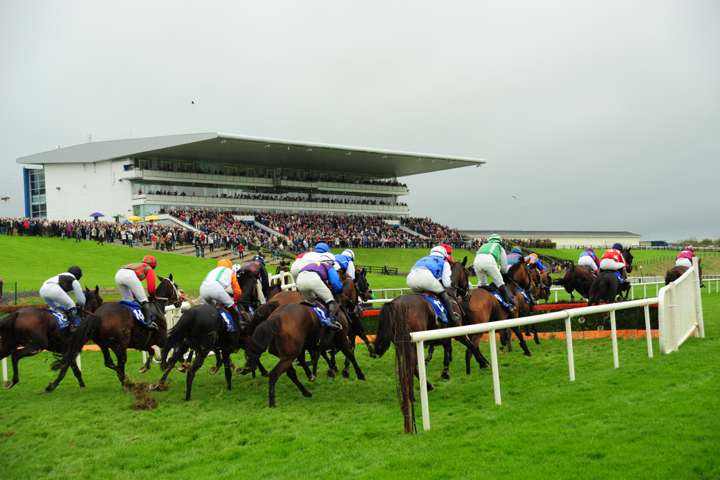