Laytown presents the racegoers with a truly unique experience, indeed this has to be the most unusual racing events to be found anywhere on the planet. The one and only meeting on the Laytown racing calendar takes place in September and involves the only beach race to be held under the Rules of racing in the Republic of Ireland and United Kingdom. This racecourse has no permanent facilities whatsoever with spectators watching events unfold behind a fence next to the beach. Indeed all facilities and enclosures are constructed purely for the one day of racing and they are dismantled once the day’s activities have ended.

Prior to 1994 all races took place over a distance of up to two miles and involved a sharp u-turn, however a bad accident in this year brought about major changes and the race is now confined to a length of six and seven furlongs with no bends involved. Field sizes have been tightened and this meeting is now restricted to experienced riders.

Laytown itself lies less than seven miles from Drogheda and the beach upon which the races are held can be reached on foot from Laytown railway station in less than ten minutes. For those who don’t fancy the walk, local taxis are available although these generally need to be booked in advance. Local buses do connect Drogheda with the beach and these run past the railway station at fairly frequent intervals.

Bear in mind that there are no permanent facilities at this venue and only temporary catering will be available, however there are nearby hostelries in the vicinity and those travelling by car can find plenty of street parking.

This consists purely of a seven furlong straight track on the beach. The beach is tidal and racing takes place on just one day of the year. The races held on this day are restricted to six and seven furlongs, have nothing in the way of gradients and involve no bends whatsoever.

Far more attention is paid to safety than was the case in the past, thanks in no small part to the accident in 1994 which caused injury to spectators, riders and horses. The wet sand surface rides pretty firm and as such, runners that tend to go on faster ground are well suited by it. The recent talk has been of using starting stalls at this venue, however thus far flag starts have been the norm and this is a good opportunity for horses that tend to have an aversion to stalls*

Berkshire-based Jamie Osborne has posted most winners at this track with four wins from twenty-one entries, while Adrian McGuinness has given him a run for his money with three from nineteen, a strike rate of 15.79% compared to the former’s 19.05%. Ivan Furtado and Sarah Lynam have perfect records with each winning two from two.

On the jockey front, top strike-rate is enjoyed by Gabriele Malune with wins in each of his two appearances, while Colin Keane and Lisa O’Neill – second female to win the Guinness Kerry National – weigh in with three wins apiece from twelve and six rides respectively.

*In recent years, stalls have started to become the norm 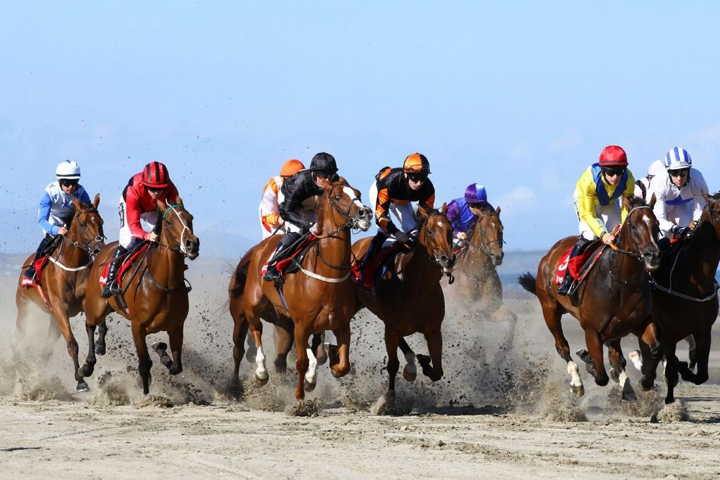