Fairyhouse Racecourse is one of the premier National Hunt venues in Ireland with around 20 annual meetings taking place here, under the auspices of both National Hunt and Flat. The first recorded race took place at this venue in 1848 and nowadays the highlight of the calendar is the Easter Festival which takes place over three days and which includes the Irish Grand National. This race was first run in 1870 and the most memorable winner of recent decades was Desert Orchid which won off top weight in 1990

With three Grade 1 races, the Hatton’s Grace Hurdle Meeting is another prestigious event that has grown to become one of the highest class race days in the pre-Christmas National Hunt calendar.

There is only a single Group race on Flat at this racecourse, this being the Group 3 Brownstown Stakes which takes place in July.

Fairyhouse Racecourse is located less than 20km from the centre of Dublin and during the Easter Festival regular buses link the Irish capital with the venue. For those travelling by car, the course is easily accessible from the M3 motorway and the M2 motorway. Dublin airport is located approximately 17km to the east and a taxi from there will set you back around €35 – €40 each direction.

Flat and Jumps use the same track at this venue, this consisting of a wide galloping right handed track, square in shape with a length of one and three-quarter miles. The side away from the stands has a steady climb followed by a descent on the back straight. The home straight of three furlongs has a slight uphill gradient, however as a rule this isn’t a testing track by any means and suits no particular type of runner especially. A circuit consists of eleven fences and the run in is approximately one furlong. 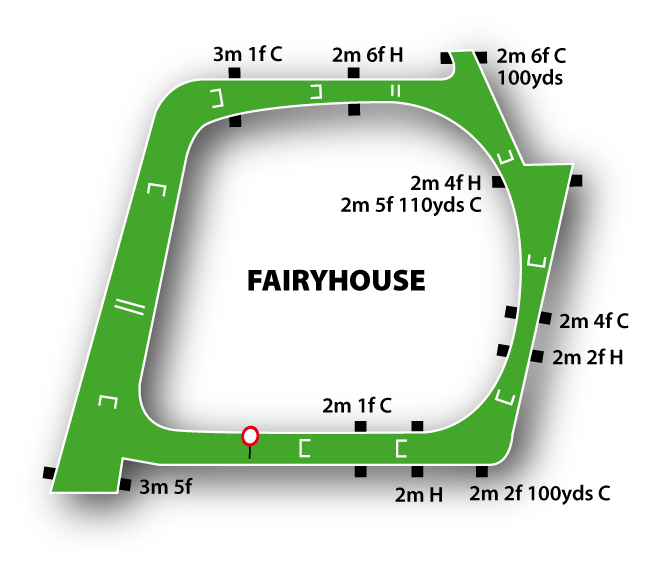 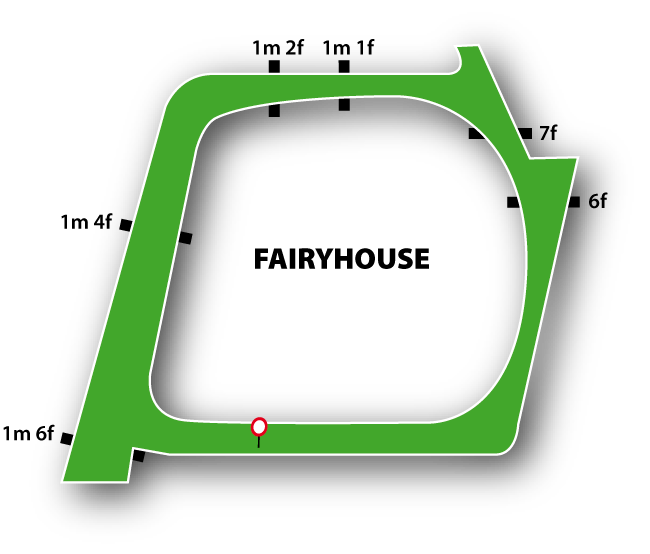 This is a fairly level track and on the whole it is pretty fair. It tends to suit runners who need to pace in order to race prominently and a lower draw can sometimes be an issue for a hold-up horse given that they race right up to the rail in the straight. On the jumps there are few hard-luck stories at this venue and runners can come from any position to win. The fences are rather stiff and certainly aren’t forgiving to any chancy novices.

Gordon Elliott has been king of the trainers over Chase and Hurdle over the past three years with a combined total of 58 wins from 361 runners while he also has 7 from 52 in National Hunt Flat. Top jockey over this period has been Davy Russel with a combined total on Chase and Hurdle of 34 from 139 rides while P W Mullins has 6 wins from 26 rides in National Hunt Flat over the same period. 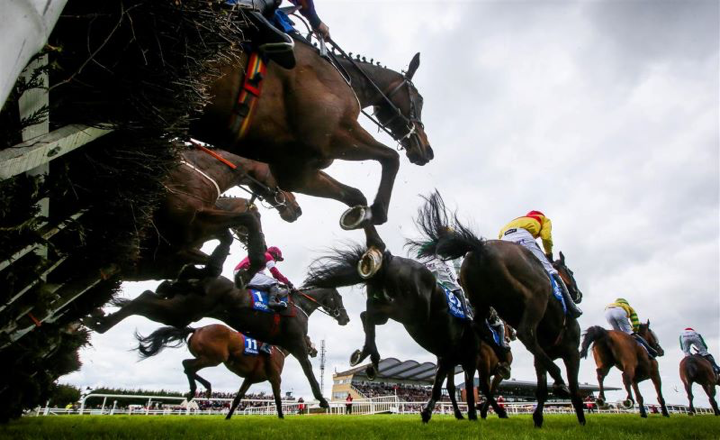