Downpatrick Racecourse is one of two tracks in Northern Ireland and is reputed to be the oldest continually operating course on the island, the first recorded race meeting having taken place as early as 1685. This racecourse provides the punter with nine annual meetings between March and October, all under the auspices of National Hunt with the highlight of the racing calendar being the Ulster Grand National, this taking place in March.

Downpatrick Racecourse is located just over a mile south of the town of the same name. Belfast lies 22 miles to the north-west and the two towns are connected by regular bus services. Regular bus services link the centre of Downpatrick with the racecourse itself while a taxi from the town centre to the racecourse will set you back less than £5. If arriving by car, the track lies just off the A25 although while car parking is available, it can be become crowded at the more popular meetings such as Ulster Grand National.

The Downpatrick track is a right-handed circuit with a length of approximately eleven furlongs. This isn’t a suitable track for a long-striding runner given that there are many undulations and turns. A circuit of the chase course includes six fences and the last two of these are relatively close together before a final uphill home straight with a length of just over a furlong. 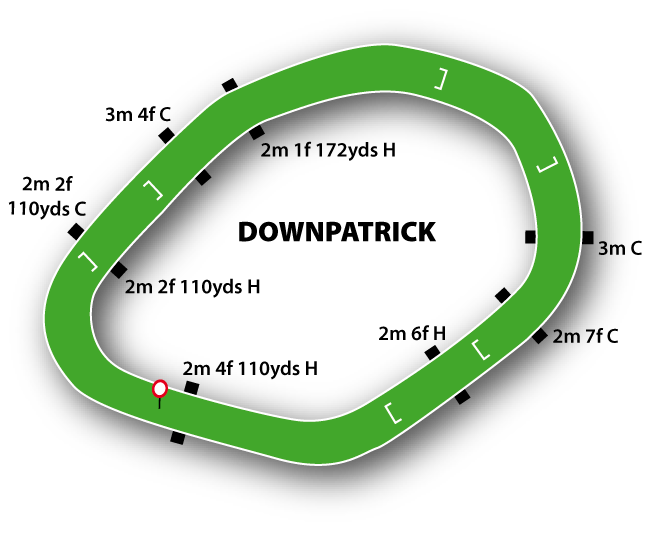 Downpatrick is very much a horses-for-courses venue. This certainly isn’t an easy track to ride and once past the winning post there is a significant drop which is akin to dropping off a cliff. Undulations are plentiful and the handier runners tend to have an advantage. Plenty of runners will want to be prominent and as such a few will be too quick in front. The final one and a half furlongs are a stiff test although the fences are some of the easiest in Ireland.

In terms of overall winners in the past three years, Gordon Elliott is top of the pile when it comes to trainers at this racecourse with 6 wins from 31. however strike rate goes to Noel Meade with 4 wins from 12, a strike rate of 33.33%. Top jockey award in this period lies with J W Kennedy with 4 from 13 while S W Flanagan has the same number of wins from 19 rides. 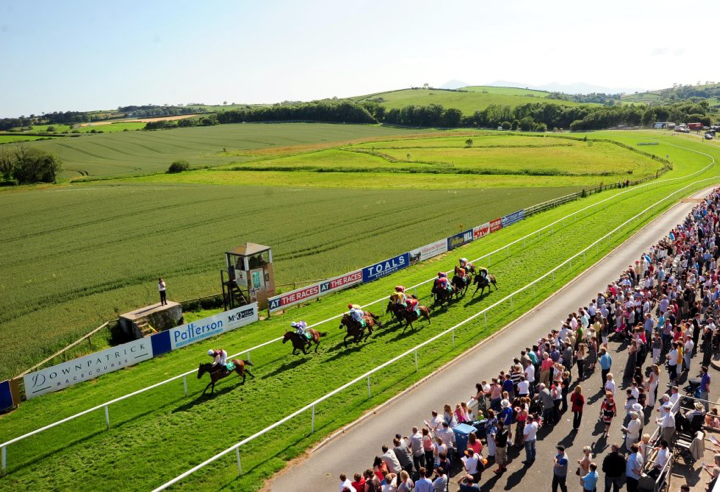